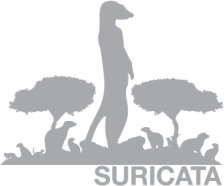 The first test release for the new Suricata 1.4 branch as just been released. Some really exciting stuff was added. Let me highlight some of it:

AF_PACKET IPS mode: Eric Leblond has been working on extending the passive AF_PACKET support to support IPS as well. Eric has documented the new feature on his blog.

TLS logging and certificate storage: created by contributor Jean-Paul Roliers under guidance of Eric Leblond. As a bonus, a rule keyword to match on certifcate fingerprints.

Custom HTTP logging: contributor Ignacio Sanchez created a new output mode for our HTTP log module, allowing the admin to customize the log message format. He has made it compatible to Apache’s mod_log_config. For more information, see our wiki page.

Tunnel decoding: Michel Saborde opened a bunch of tickets for Teredo, IPv4-in-IPv6 and IPv6-in-IPv6 tunneling. Saved a lot of time in Eric’s implementation.

There is more, like the luajit keyword I wrote about yesterday here.

So there are a lot of changes. Git gives us the following numbers: “106 files changed, 6966 insertions(+), 2259 deletions(-)” in just 3 weeks. This means the release is definitely beta quality, so use with care.

Next week the team will be in Amsterdam for the RAID 2012 conference. After that we’ll continue to work towards 1.4beta2. For an idea of what is coming, check the milestone.

Until than, have fun with this new beta. Many thanks to our generous contributors!

This site uses Akismet to reduce spam. Learn how your comment data is processed.